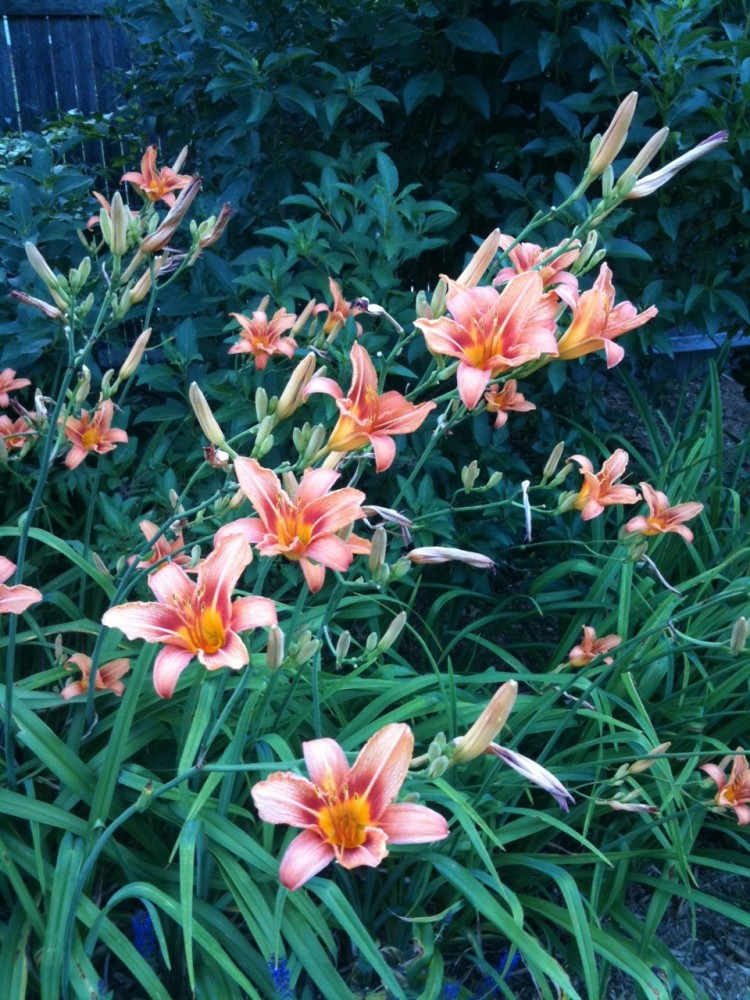 Can you see the summer daylilies? Photo by Naomi Sachs

This is the time of year when the orange daylilies bloom – bright orange sparks waving from slender green wands held above lush green foliage…that my father can’t see. Because he is color blind.

Genevieve’s post was a big hit and got about a million comments. I’ve been thinking about it lately, last weekend being Father’s Day and all. I’m including a couple of images and the opening paragraphs to hook you in, and then linking to Genevieve’s original post for you to read on.

Designing a Landscape for Color Blind People: The Garden Designers Roundtable on Therapy and Healing

People who are color blind make up about 8% of men and .5% of women, and of those people, the vast majority aren’t actually color blind, it’s more that they see colors differently. Though we think of color blindness as seeing the world in black and white, the most common form of color blindness is where people have a weakness in the green receptors of their eyes. What would it be like to experience color that way?

Bob Davis, a dear client whose landscape I designed last year, described it by asking me to imagine a continuum of yellow, green and blue. Along that continuum, most of us see any number of subtle shades of yellow, yellow-green, green, green-blue, and blue. Bob sees yellow, green and blue, period. So all those gently contrasting greens rolling through the garden? It’s all pretty much the same color.

In addition, many tones of red actually appear green to him, making what might otherwise be a bold contrast of red flower against green foliage, well, kind of lackluster. Every spring, his wife Judy raves about the gorgeous red Camellia out back, but Bob just sees the same greenery he sees all year. He can make out the shapes of the flowers, but the color contrast of red against green is lost on him.

For us landscapers, color is the easy button for designing a garden. You come up with an awesome color combo, and even if your textural contrasts aren’t what they could be – eh, who’s gonna notice with all that splashy color? Those of us who can see the full color range notice color first. But for people who see limited numbers of colors, composition and contrast become key.

Bob was kind enough to give me some tips about what stands out most to him in a garden, what elements he sees most boldly and clearly, and which seem to be lacking to his eye.