Get Out There! Only you can prevent Nature-Deficit Disorder 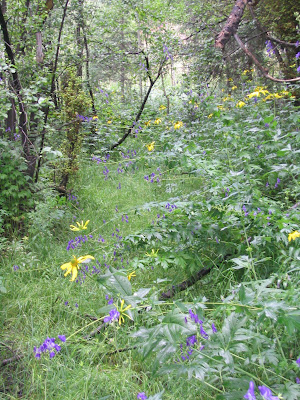 Does this look like a scary place to you? To many parents, it does. According to Richard Louv, whose latest book Last Child in the Woods is creating quite a stir, many children suffer from Nature-Deficit Disorder, in which children are spending less time outdoors with resulting problems such as obesity, attention-deficit disorder, and depression. Louv found that “stranger danger” is the #1 reason for parents’ keeping their kids from going outside. Other reasons are overplanned schedules and other environmental concerns.

According to the Center for Environmental Health, children’s contact with nature helps to ease attention-deficit disorder, aids cognitive development, enhances creativity, and reduces stress. And of course, with obesity at a critical level in this country, kids need to be running around outside now more than ever. A new report by the Nature Conservancy states that attendance has been falling at America’s national parks since the 1980s. They blame videophilia, but we can also see connections with Louv’s findings. Other reports indicate that early positive experience with nature fosters a strong sense of stewardship and environmental responsibility. In other words, if we want the next generation to take care of the planet, we’d better let them play outside on it now.

Clare Cooper Marcus has written a lot about the differences between children who play in organized, planned playgrounds and the more organic “adventure playgrounds” where kids use all sorts of different materials to build their own play structures.

Listen to an NPR report about Louv, “Saving Kids from ‘Nature Deficit Disorder,” and read an article about him in The Hartford Courant: “Losing Touch With Nature.” There’s also a great interview with Louv on Grist.

Two of my favorite websites on this subject are Louv’s organization, the Children & Nature Network, www.cnaturenet.org and The National Wildlife Federation’s The Green Hour, www.greenhour.org.

Even as adults, we can let our fears of sun damage, insect borne-disease like Lyme and West Nile, or even just slipping and falling on the ice keep us from venturing outside. It’s important to balance your fears with the benefits of going outside – Vitamin D from the sun, exercise, reduced stress levels, a change of scenery, the potential for wonder and discovery.

So go on, get off the computer now and go outside to PLAY!