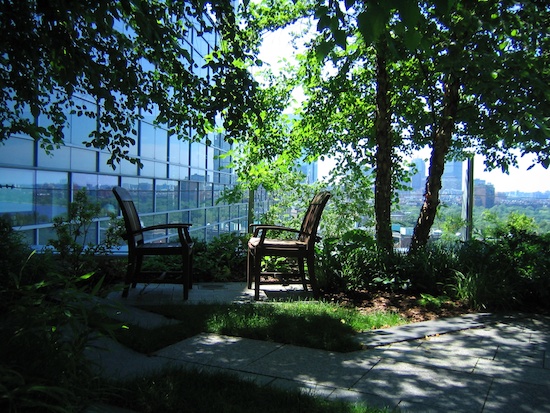 I’ve been meaning to write this post all summer, and of course now it’s fall and here in the northeast, shade doesn’t seem as important anymore. But plenty of the country is still baking (if not on fire), and half of the world is just now headed into summer. I asked the TLN Facebook group to rate the importance of shade, on a scale of 1-10 (10 being the most important). Two people responded “11,” and one member, from TX, responded with 15. So here we go:

The importance of shade in the healing garden

I’m so tired of seeing “healing gardens” with no shade, or too little shade. I’ve seen many designs that are successful except for this one crucial element. I don’t know about you, but on a hot, bright day in August, the last place I want to be is outside in the sun, sweating and squinting. It’s gotten to the point where lack of shade doesn’t just make me sad, it makes me angry. Because while it’s a nice amenity in any public space, in the healthcare setting, shade truly is a matter of health.

1.  Sun protection, from UV exposure and glare
For burn patients; the elderly; people with cancer; AIDS; traumatic brain injuries (TBI); psychiatric illnesses which require medications that increase photosensitivity (sensitivity to the sun); and other conditions where direct sun (UV) exposure is hazardous, shade is paramount. In addition, colored concrete is often recommended for outdoor healthcare environments because it reduces glare. This is one of the reasons why we have embraced Scofield as a Wonderful Sponsor. 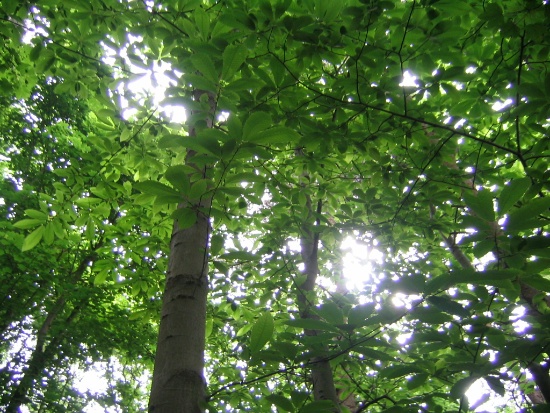 2.  Heat mitigation
Shade provides a cooling effect, thus facilitating use of outdoor space for as much of the year as possible. This is particularly important in regions where high temperatures discourage people from venturing outdoors.