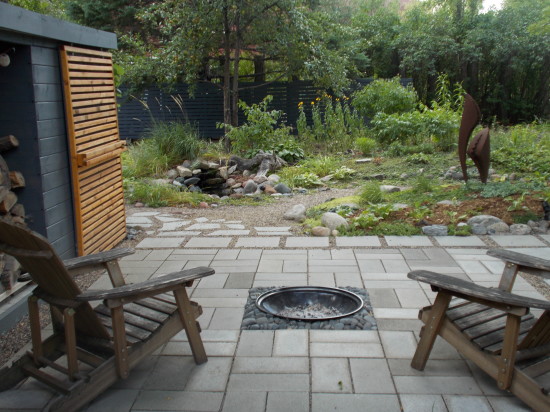 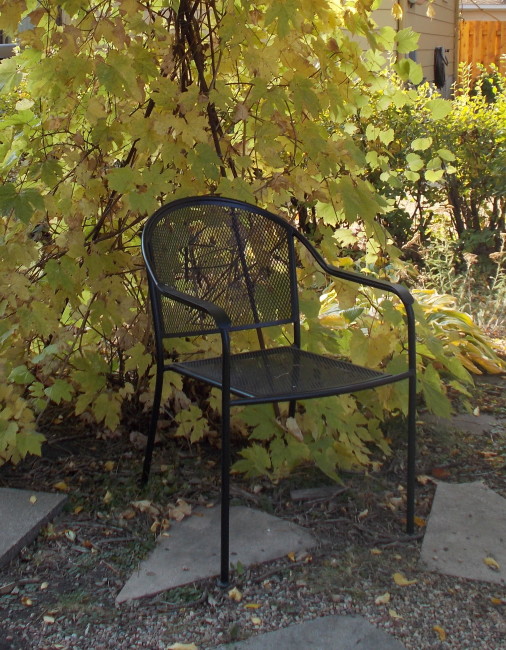 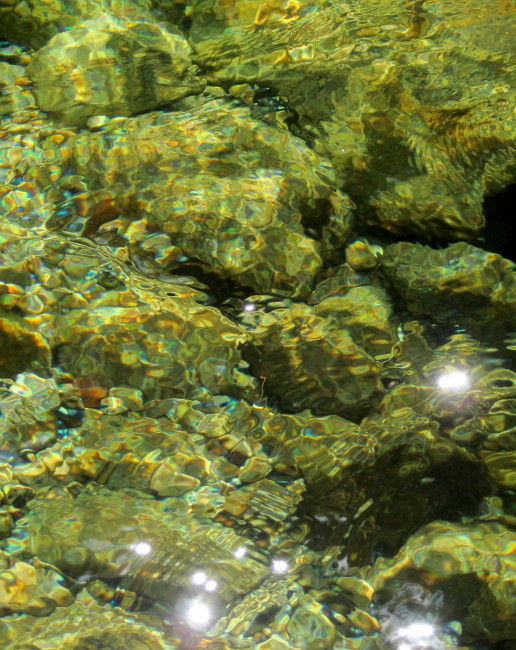 WATER
Of nature’s elements, water is perhaps the most profound and cross-culturally recognized healer. Lisa was immediately drawn to the water in our garden, a small pond with a tiny trickle down a stack of limestone.
The pond’s waterfall is a lullaby to my ears…. One day I noticed that there were ripples in the pond.  In the garden, there is change.  Sometimes when you’re ill, you don’t see changes fast enough. 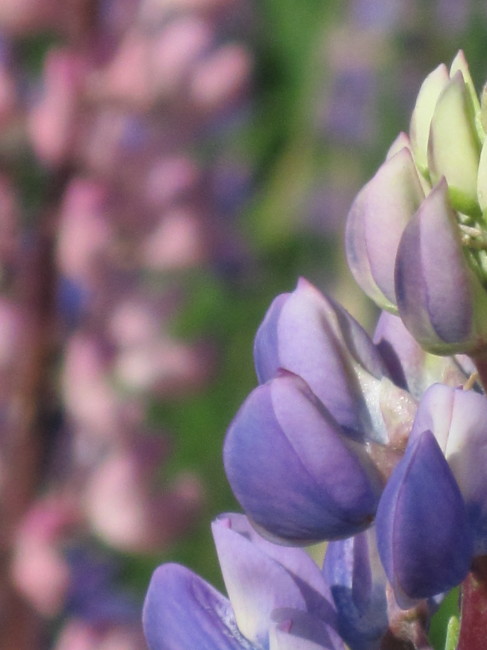 BIODIVERSITY
Lisa commented on the variety and change that occurred in the garden. She noticed how specific flowers bloomed for a particular week, only to be replaced by another type of blossom the following week.
[The garden was] an abundant feast to my eyes, to which I could never take all of it in within a visit. 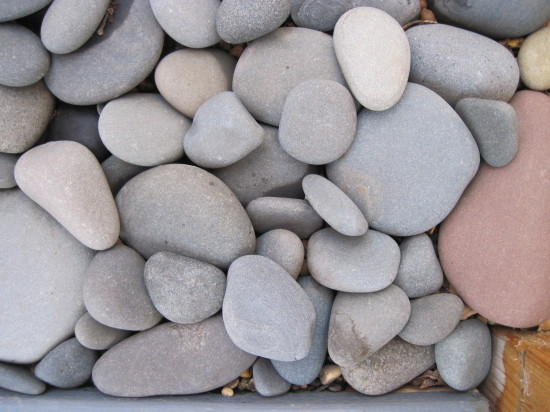 SENSORY VARIABILITY
Besides the visual treat, Lisa spoke of the soothing garden sounds, such as the waterfall or wind chimes.  She noticed the scent of lemon thyme planted along a path, and she relayed the rejuvenating sense of touch.
The feeling of the wind and warmth of summer brought me back to the basics of staying in my skin – of keeping me from disassociating myself from my body (as one can during medical treatment). 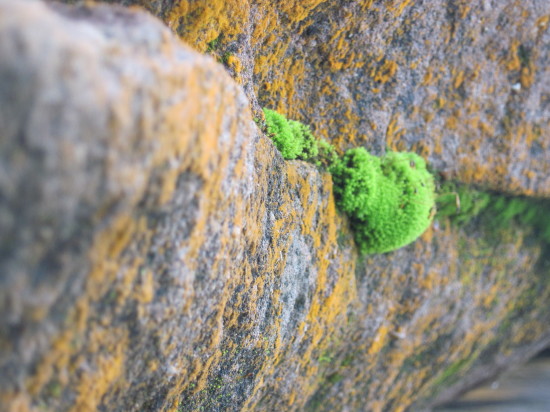 BIOMIMICRY
Lisa noticed that I had made an effort to mimic nature’s patterns – whether it was a path that resembled a dry river bed, or the way I stacked rocks to look like they had settled there naturally.
You took time to plan it all, but to the observer, it looks natural.  The garden didn’t have to be perfect in the sense that it appears artificial.  It’s all real. 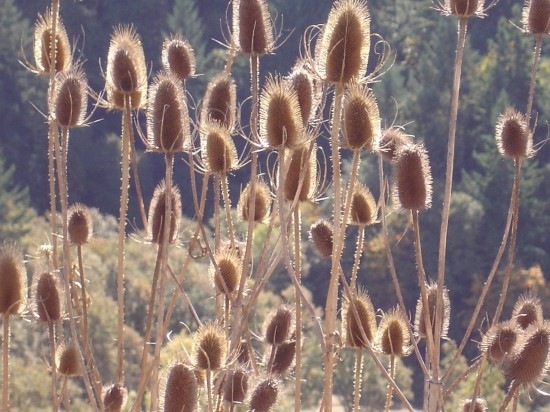 PLAYFULNESS
Playfulness brings life and sprit to a place, and Lisa pointed out several instances of this within the garden, captured through movement, light, squirrels and birds.
I was attracted to the birds in the pond – their hysterical antics while taking a bath would bring laughter, even when I was in a lot of pain…I am reminded that I can laugh – things can still be funny. 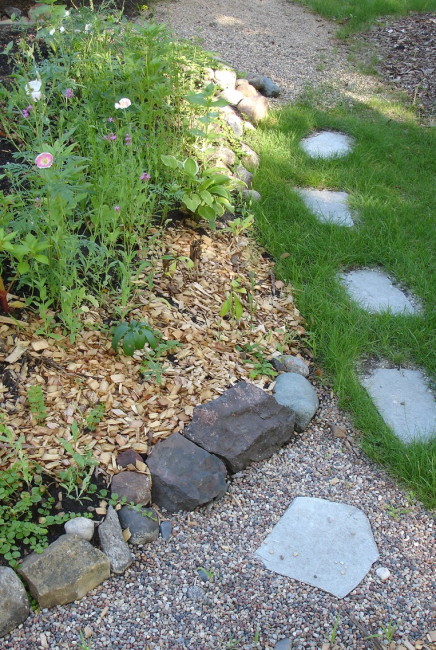 ENTICEMENT
Paths in particular can be alluring, especially when they don’t reveal everything at once.  Around the corner, behind the bush, the mystery of what lies ahead is the very thing that draws us in.
The different paths allow your mind to wander in different ways.
Paths always symbolize a journey, and that’s encouraging.  Even just seeing the paths would help – I’d walk them with my eyes, too tired to venture on foot.

The Elements of Biophilic Design are the intentional vehicles that designers can use to facilitate healing. Healing occurs when people are allowed to slow down, breath, observe, and be genuine with the surroundings and themselves.  This can lead further to stress reduction, and it can also recharge one’s emotional and physical self to move forward:
By taking the time to sit, it gave me the energy to go back home and to be a mom and a wife. 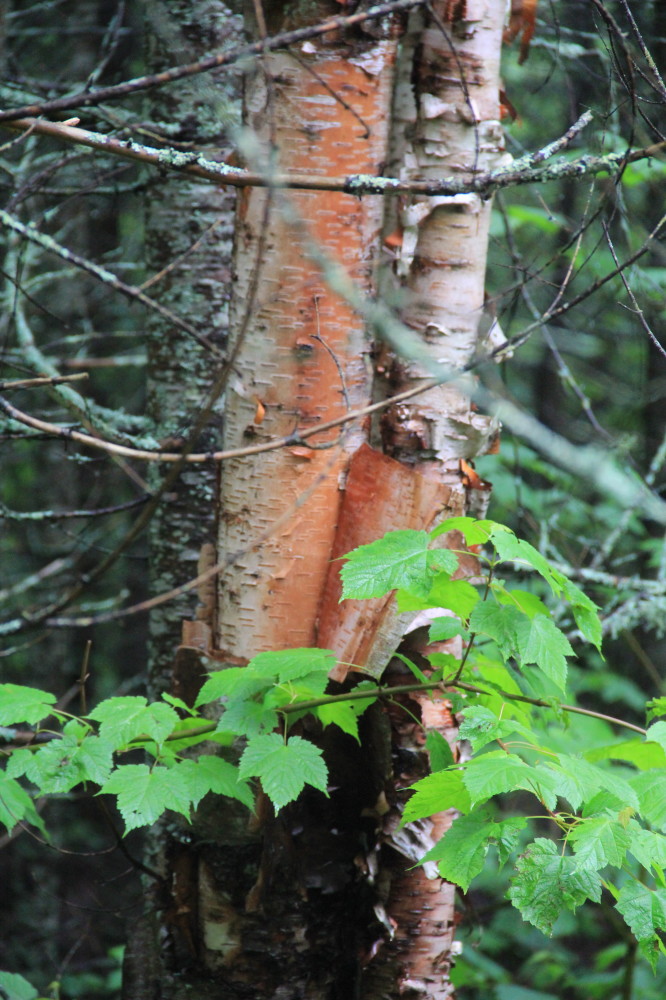 The Elements of Biophilic Design also provide for a direct link to the natural environment, where we can take time to ponder our existence within the natural world. Lisa told me of her feelings of peace; coming from the times she could sit and contemplate a tiny detail on a single flower, or the spot of light reflecting on a stalk of a plant.
Each visit and encounter is distinctly different, in all the times I have sought the shelter of the garden, the experience is never duplicated.  In the garden I come to see life, growth, and predictable gentle deaths.  In its fullness the garden is a happy place. 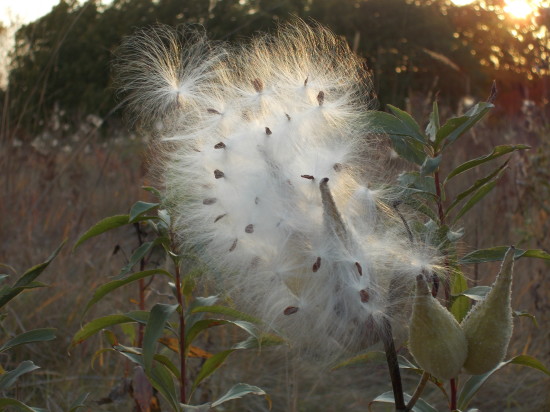 Lisa shared with me that the time in the garden reduced her pain and stress level. As I write this, it is the end of summer, 2014.  For right now, Lisa’s tumor is gone and her cancer is considered stable.  She cautiously credits time in the garden as a possible reason for the good news:
The garden allows you to take deeper breaths – to breath.  Maybe just getting rid of stress helped heal the cancer.

Joan Vorderbruggen, AIA, is an Assistant Professor of Architecture at North Dakota State University. “Architect and academic, nature girl and gardener, Joan’s interests lie in the human/nature connection and how that can support well-being and healing in architecture and design.”